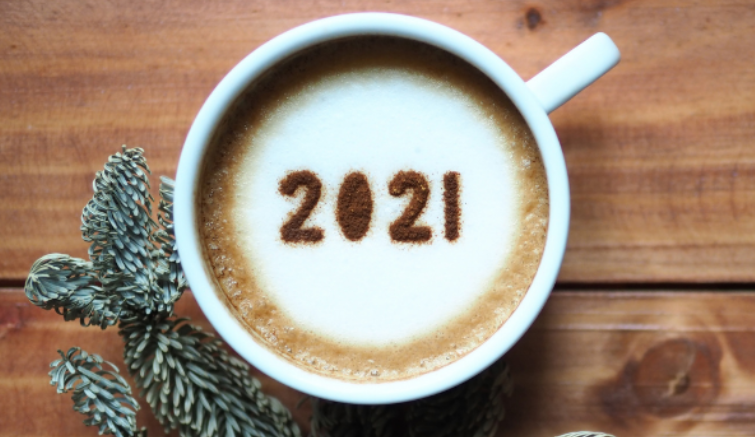 A year ago, we reflected on one of the most unpredictable and uncertain years in our lifetimes due to the onset of the global COVID-19 pandemic. Looking back, most industry news and headlines directly, or indirectly, mentioned the pandemic and the impact it had on our professional and personal lives.

Fast forward to today, and we are still faced with the continued impact of the virus. Let’s take a closer look at some of the top headlines of 2021 – a year of adjustment, adaptation to a new “normal” and sad royal news.

In normal times, when someone passes away, the process that follows can be quite daunting. Since the start of the pandemic and the introduction of The Coronavirus Act 2020, some tasks have been simplified and others have, unfortunately, become more challenging. Here are some of the key changes that we have seen being implemented.

Is an Inheritance Tax increase on the horizon?

Inheritance Tax (IHT) is currently charged at 40% on the value of an estate above the nil rate band, which is currently £325,000 for an individual. A recent survey by Tower Street Finance has uncovered four in 10 people fear an increase in IHT is coming in order to recover some of the costs of the COVID-19 pandemic. A minority (one in 33) worry that IHT could be doubled to 80%, which is what happened after World War II.

It’s a subject that has come up repeatedly in the past, including throughout the pandemic, but is it imminent this time? It’s a topic we will continue to follow into the new year.

Inheritance disputes have been on the rise for the past few years. Some of the reasons for this have been more people dying intestate (without a valid Will), loved ones being left out of a Will and the increase in blended families. However, in 2021, a new reason joined the list – an increase in homemade Wills.

Last year, research conducted by law firm Richard Nelson showed a surge in various Google searches related to Will making. In the week leading up to the second national lockdown in 2020, there was a rise of over 600% in searches for ‘make a free Will online’. Worryingly, there were also increases of over 100% for ‘Will template’ and ‘how to write a Will’, as well as a startling 1,500% rise in the search for ‘DIY Will’. These statistics spark concern as online Will templates should not be used as a ‘one-size-fits-all’ template. It may be some time until we know the effect of these online DIY Wills on inheritance disputes, but the expectation is that the validity of some of the Wills created during lockdown could be called into question.

Is the probate fee rise imminent ?

In July 2021, the Ministry of Justice (MoJ) announced that the current probate fees do not cover the cost of running the service, therefore, they have proposed a plan that aligns the fees for Grants of Probate to cost recovery. The proposal states that the probate fee in England and Wales would increase from £155 for probate professionals and £215 for personal applicants to one standard fee of £273 for both professionals and individuals. Estates with a value below £5,000 would still be exempt from probate fees. The MoJ conducted a consultation to seek the opinion of the proposal of the new flat fee from various users of the service.

Since 2016, we’ve been monitoring the headlines on potential probate fee increases which have never taken place. However, the latest proposal seems fairer than in the past, so we expect news on this to be imminent.

The new fees are scheduled to take effect in early 2022, subject to the outcome of the consultation.

Video Will witnessing coming to an end… possibly

In response to the difficulties faced by Testators (individuals creating a Will) during the national lockdowns, the MoJ enacted temporary legislation that would legalise video Will witnessing between 31 January 2020 and 31 January 2022. This means the end date is fast approaching.

The MoJ is currently considering an extension of the legislation beyond January 2022.  Last month, the Law Society launched a survey to seek the views of legal professionals on the process to help inform the MoJ’s decision.

We will stay on top of any announcements regarding changes to the end date of this legislation.

A review of 2021 would not be complete without acknowledgement of the sad end of a royal era. On 9 April 2021, the nation mourned the passing of His Royal Highness Prince Philip, Duke of Edinburgh. Media coverage of his death scrutinised the details of his life and legacy, including what would happen to his multi-million pound estate. If plans were in place for Prince Philip’s estate to be inherited by the monarch, the Queen could be exempt from paying Inheritance Tax due to a legal clause agreed in 1993 which allows inheritance to pass from “sovereign to sovereign” or the consort of a sovereign to a reigning monarch.

For the average person, however, official government guidelines state that if “you leave everything above the £325,000 threshold to your spouse, civil partner, a charity or a community amateur sports club”, there is no IHT to be paid.

The exact value of Prince Phillip’s estate remains unknown and a recent high court ruling states that his Will will remain private for 90 years, so it will be some time before anyone knows the details. However, what we do know is that if the Duke of Edinburgh decided to leave his bequest to other members of the Royal Family other than the Queen, they could be faced with paying an IHT bill. Alternatively, if he decided to leave his entire estate to one of the hundreds of charities he supported, there would additionally be no IHT payable.

Abbey Broadway wishes you a happy and safe Christmas season and all the best in the New Year.

Our online Wills service makes it easier than ever to plan for the future and ensure that your loved ones are provided for when you’re gone. You can draft your Will at a time that suits you, without having to come into our offices. It’s simple, efficient, and stress-free

This website uses cookies to improve your experience while you navigate through the website. Out of these cookies, the cookies that are categorized as necessary are stored on your browser as they are essential for the working of basic functionalities of the website. We also use third-party cookies that help us analyze and understand how you use this website. These cookies will be stored in your browser only with your consent. You also have the option to opt-out of these cookies. But opting out of some of these cookies may have an effect on your browsing experience.
Necessary Always Enabled
Necessary cookies are absolutely essential for the website to function properly. This category only includes cookies that ensures basic functionalities and security features of the website. These cookies do not store any personal information.
Non-necessary
Any cookies that may not be particularly necessary for the website to function and is used specifically to collect user personal data via analytics, ads, other embedded contents are termed as non-necessary cookies. It is mandatory to procure user consent prior to running these cookies on your website.
SAVE & ACCEPT
Scroll to Top